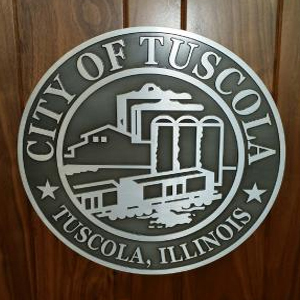 The Kiwanis Club Easter Egg Hunt was held at Ervin Park on March 19.

The matter was discussed in a Tuscola City Council meeting Feb. 22. The regular meeting was called to order as Tuscola Boy Scout Matt Bennett led the Pledge of Allegiance.

Administrator J. Drew Hoel pointed out that the date for the Cystic Fibrosis run is 2017, not 2016, even though it is indicated so in the agenda. Tim Hoey moved a motion to approve the items on the consent agenda, and Boyd Henderson seconded it.

Mayor Daniel Kleiss congratulated the “Lady Warriors” on their fine season. The ladies won the regional and competed well in the sectional, before losing to a very good Teutopolis team. The mayor said that high school students had received some favorable press which he would like to pass on to council.

The owner of the “Pizza Man in Pana” wrote a complimentary letter to Tuscola Community High School about the students’ conduct during their visit to his establishment in the previous week. The letter noted that the students had been respectful to the other diners and quite well behaved.

Finally, the mayor thanked the students for their fine representation of the city.

Want to get notified whenever we write about Tuscola Community Unit School District 301 ?

Sign-up Next time we write about Tuscola Community Unit School District 301, we'll email you a link to the story. You may edit your settings or unsubscribe at any time.