Illinois state Rep. Chris Miller (R-Oakland) somberly concedes that the new data from the U.S. Census Bureau is just what he expected it would be.

“One thing we have to realize is the leadership we have in place now and the way they’ve been leading the state is unsustainable,” Miller told the East Central Reporter. “In that sense, what’s going on right now is actually very predictable. When you have bad policy, bad policymakers and overregulation, this is the end result.”

"This," according to the census, is the greatest population decline in the U.S. over the past decade. Illinois' loss of nearly 170,000 residents since 2010 is also second to only West Virginia in terms of percentages. 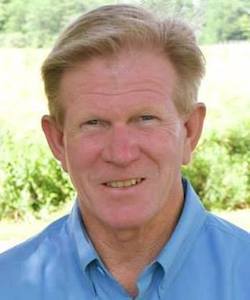 An Illinois Policy Institute (IPI) report took an even closer examination of the numbers and concluded that if the state had merely kept pace with the nation's average rate of growth since the start of the Great Recession in 2007, Illinois' population would be 9 percent greater today than what the current census shows. The state's economy with that higher population is estimated to have been $78 billion richer.

IPI further deduced that it is no coincidence that Illinois' population loss reached record levels in 2018 when the General Assembly passed the largest permanent income tax hike in state history. Equally alarming are a stream of studies that find the largest segment of those evacuating are prime working-age individuals who cite rising taxes as the primary reason for wanting out.

“On the one hand, I’m a bit surprised that it’s not worse than it is,” Miller said. “I say that because if I wasn’t a farmer, tied to the land with a family having been here forever, it would be real easy for me to walk away, too. At the end of the day, businesses are in business to make money, not contribute more to the government.”

Want to get notified whenever we write about Illinois Policy Institute ?

Sign-up Next time we write about Illinois Policy Institute, we'll email you a link to the story. You may edit your settings or unsubscribe at any time.