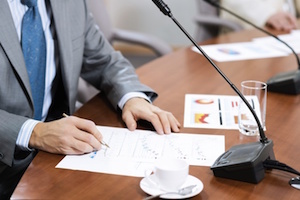 State House Rep. Reggie Phillips, who recently beat his Republican competitor in all six District 110 counties during the March 15 primary, wants to return to Springfield and accomplish an Illinois business turnaround.

“I’m really appreciative [voters] want to send me back,” Phillips recently told East Central Reporter. “I really would like to be part of this turnaround in our state, to see us be pro-business, to save the jobs we’ve got and to remotely see in the next three years new businesses come to our district and our state. That really would thrill me to death.”

What’s interesting, the representative added, is that when talking to his Democratic colleagues at the capital, he has found that they also want more job creation for their districts.

“But when I ask them about how they think they’ll get jobs in their district, they really don’t have a clue,” Phillips said.

That’s why, since taking office in January 2015, Phillips said he has continued to ask business owners what it is they need locally and in the state to help them succeed.

“The very reason I got into [politics] was because it is very difficult to create jobs in Illinois,” he said. “We’re not pro-business by any means, so I traveled up and down this district talking to business people before I ran. They had the same consensus: that it wouldn’t take them much to move 18, 20 miles across the border to Indiana to see something more positive for growing their businesses.”

Phillips, a Charleston resident who owns and operates a residential and commercial building business there with his wife Martha, said it’s time business people started stepping up and becoming legislators.

“I’ve got the business experience,” Phillips said. “Not many there in Springfield have the experience, so when they make a law up there, it actually doesn’t necessarily affect them. So are they actually invested in Illinois or are they not? I am.”

He added that people can see that he’s not to blame for the state’s poor business attitude.

“If you’re to listen to all of the rhetoric,” Phillips said. “It seems like to me that everybody thought that first-year legislator Reggie Phillips created this last 20 years of problems, when basically all I’ve been doing is creating jobs, giving people a place to work and creating businesses and doing what I thought I should be doing.”

Phillips plans to work that much harder to persuade fellow legislators that the people in their districts need to have good jobs, especially new university graduates.

Illinois graduates, he said, are getting the lowest wages in the last 10 years because the good paying jobs are not here.

“So what part of that do legislators just not get?” Phillips said. “That’s the message we’ve just got to keep getting to them.”

In fact, in talking recently to people who were students eight years ago and who voted for Obama, Phillips said they reported that they would not vote for him again.

“Most of them are now working minimum wage jobs or making at least half of what their potential is, but we’re going through the same thing elsewhere,” he said. “Students are saying they like Bernie Sanders, they like Hillary Clinton -- so they’re going to run into the same problems. How do we break that cycle? That is what I’d like to do.”

During the recent Republican primary this month, Phillips defeated opponent Jonathan Kaye, 10,920 votes to 7,417 votes. The Democrats now have until June to name a potential candidate to run against Phillips in the November election.

In fact, Phillips said his camp has heard that a retired state university professor could be his Democratic competitor later this year.

“That’s what we’re expecting right now, so we’re trying to get ready for it,” he said.

Want to get notified whenever we write about ?

Sign-up Next time we write about , we'll email you a link to the story. You may edit your settings or unsubscribe at any time.