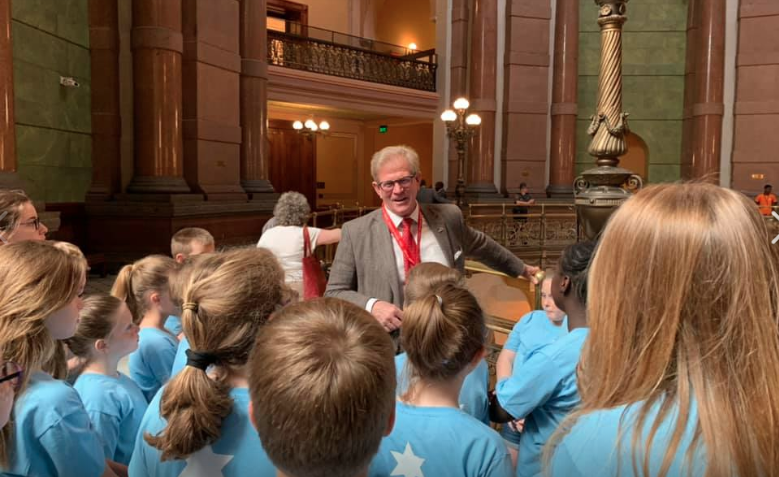 Illinois state Rep. Chris Miller (R-Oakland) says he knows why voters list "cleaning up corruption in state government” ahead of other issue such as “having high-quality public schools,” “reducing crime” and “lowering taxes.”

“If you think about it, if you have clean government, almost all the other things go away,” Miller told the East Central Reporter. “On top of that, if government is functioning with transparency and with all the reforms that should be in place, all the self-serving people that are now part of it would be gone in an instant.”

Miller says he finds it encouraging that 69 percent of all respondents in an Illinois Education Association survey gave "cleaning up corruption in state government" a rating of 10 on a 0-10 scale of most important issues facing the state, and that and 85 percent of them gave it an eight or higher.

“It’s past time we did what everyone knows needs to be done in Springfield when it comes to instituting real reform,” Miller said. “Republicans have always considered ourselves to be part of the solution. Now, with other voices coming along and affirming how vital this is, the voice demanding better government only gets louder.”

The survey results come just weeks after former state Sen. Martin Sandoval (D-Chicago) pleaded guilty to federal bribery charges after taking $250,000 from one of the state’s biggest red-light camera companies in exchange for favorable voting as chairman of the powerful Illinois Senate Transportation Committee. ABC News also recently reported that Illinois holds the dubious distinction of having the most public corruption convictions of all 50 states over the last two decades with 891.

“Ethics reform needs to be a big part of what we focus on when we’re in session in Springfield,” Miller said. “And when it’s time to go to the polls, voters need to remember who it is that’s standing up for the things that are most important to them.”