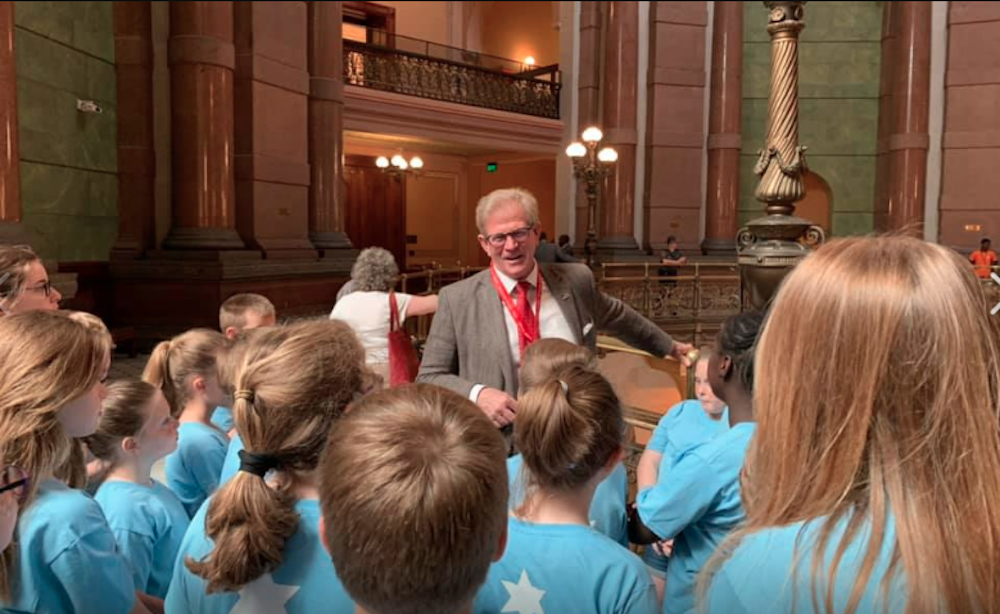 With corruption running rampant in Springfield, Illinois state Rep. Chris Miller (R-Oakland) insists there is no more time to waste in starting the process toward real reform.

“It’s about time that we started having an honest conversation about the corruption that plagues our state and how it’s been going on for decades,” Miller told the East Central Reporter. “We don’t just need more task forces that are only going to blow smoke and end in more window dressing. We need real action and real change.”

A new Harvard University Center for Ethics finds that Illinois now ranks as the second-most corrupt state in the nation, and Chicago rates as the country’s most corrupt city.

That negative image and the corruption behind it are proving to have major consequences, as Illinois Policy Institute estimates that almost $10 billion in economic activity has been lost since the start of the new millennium as a result of the dysfunction in Illinois state government.

In the last 10 months alone, taxpayers have had to endure the spectacle of seeing a veteran state representative arrested on federal bribery charges, the home and offices of a longtime state senator raided in connection with an ongoing kickback scheme, and at least three political insiders with connections to longtime Democratic House Speaker Mike Madigan targeted by federal agents as part of a widening corruption probe.

Through it all, Miller insists that Republicans are doing everything they can do to try and change the dynamic.

“Since January, there have been more than 30 bills filed by Republicans dealing with ethical reforms that have all ended up in the rules committee,” Miller said. “Compare that to the way at midnight during the last session, Democrats filed an ethics bill that’s so gutted the only thing that has anything to do with ethics is the title of the bill, and you know everything you need to know about how serious they are.”

Still, everywhere he goes, Miller said he talks to voters about keeping the pressure on.

“They’re going to spin this bill and this task force as if it’s actually going to do something,” he said. “The truth is, they're not going to do anything meaningful until we demand it of them.”