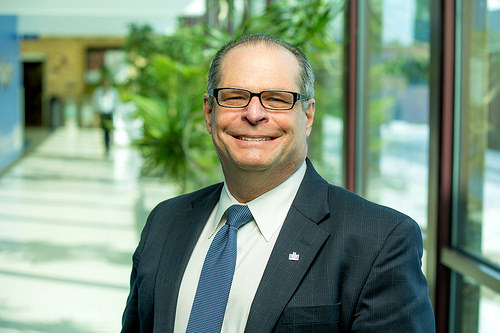 He'd cast the decisive vote and give the Chicago Democrats what they wanted-- large individual and business income tax hikes and a $700 million bailout for Chicago's bankrupt public schools-- if they would just agree to send a few more state dollars to his district.

And so it was.

Page 508 of House Speaker Michael Madigan's 638-page budget lays out the $4,757,100 that Eastern Illinois University (EIU) in Charleston will receive "for remodeling of the HVAC in the Life Science Building and Coleman Hall."

EIU will also get $59,282 "for upgrading the electrical distribution system" and and $10,790 "for renovating and expanding the (EIU) Fine Arts Center."

All told, Righter received a little less than $5 million for EIU. And his vote will result in $5 billion more in tax dollars sent to Springfield from voters in his district and across the rest of Illinois.

EIU's central role in the state's budget drama is raising questions about not just its own finances, but the importance of its existence, period.

After all, the school's local clout and relentless lobbying led Sen. Righter to side with EIU's 1,224 employees over the other 148,000 or so voters in his district.

Because of his vote, individuals in Righter's district will pay at least $55 million more in state income taxes, according to an analysis released Friday by Local Government Information Services (LGIS), which publishes the East Central Reporter. Local businesses will also pay millions more.

So is EIU really worth it?

LGIS analyzed state funding to EIU over the past decade. From 2006 to 2016, state taxpayers have sent $502 million in subsidies to EIU, according to the Illinois Board of Higher Education (IBHE).

But more the state has spent, the fewer students the school has attracted.

Its state funding over the same period-- measured per student-- has risen 40 percent.

Total state funding next year, with the newly approved budget, will be about $41 million, or more than $5,500 per student. That's assuming EIU enrollment doesn't decline again-- School President David Glassman said last month that another decline is likely.

But most of this increase in funding hasn't bought school air conditioning units. It has gone to salaries for school faculty, who are among the highest-paid workers in East Central Illinois.

The median household income in Coles County was $36,457 according to the last U.S. Census.

State taxpayers spent $194.2 million on those EIU students during the same span, or $53,802 per graduate.

It wasn't always this way.

EIU's 1995 Centennial handbook described how "only at Eastern Illinois was it possible to bring a cow to school, milk it daily, sell the milk and earn enough money from the sale to pay tuition and expenses-- and then graduate with high honors."

Eastern Illinois University has received more than $500 million in state subsidies since 2006. But the school keeps shrinking.