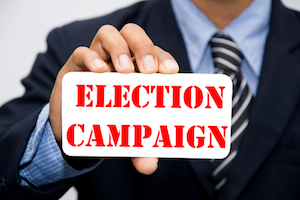 Brad Halbrook has emerged ahead of the pack in the Republican primary, and without a Democratic challenger for the general election as yet, may have a clear path to the 102nd District House seat.

“We are pretty excited and happy for the result,” Halbrook recently told the East Central Reporter. “It was several months of hard work and teamwork, and we won -- we got the result we were looking for.”

Halbrook, who served as House representative in the 110th District from 2012 to 2015, said focusing on the issues in Gov. Bruce Rauner’s Turnaround Agenda resonated with voters.

“We were talking about reform and five items the governor has in the turnaround agenda, and that was well received,” Halbrook said. “People were excited about someone running on reform and wanting to work with the governor and the governor’s endorsement -- it sure helped us with that message.”

Halbrook’s rivals in the race for the vacant District 110 seat were former superintendent and school board president James Acklin and Edgar County Republican Chairman Randy Peterson. The three candidates were vying to succeed Republican State Rep. Adam Brown, who is leaving office after three terms to return to his family farm.

Although Brown had endorsed Peterson, it was Halbrook’s message that received a thumbs up from voters, which he believes touches the core issues voters are grappling with.

“Term limits is always a big issue, and it grows every day,” Halbrook said. “Redistricting reform is a big issue with voters, property taxes, everybody is feeling property taxes -- employers big or small, workers’ compensation cost. I have small employers that want to hire a few more people and upstarts, and the workers’ compensation just stops them. If they’ve had a few employees, they’ve dropped back to just themselves or if they are a new upstart, they are just not hiring anybody.”

Democrats have until June to place a challenger up against Halbrook for the November general election. If they choose not to, Halbrook’s victory in the race will be sure.

“We feel really good,” he said. “There is not anybody slated on the other side; it is not going to be a problem. Hopefully, that will be the case.”

The farmer and small businessman said with the primary out of the way, he will be shifting his focus back to his farm before making a plan for the months ahead.

“I am taking a few days to evaluate things and meet with family -- and, of course, we have a small farm operation, so we have a few things that are seasonal that need to be done,” Halbrook said. “The time is right, the weather is right, so we are trying to get that done. Of course, Easter weekend is coming up, and then we are just going to try and figure out what we need to do here in the coming months.”

Want to get notified whenever we write about Brad Halbrook for State Representative ?

Sign-up Next time we write about Brad Halbrook for State Representative, we'll email you a link to the story. You may edit your settings or unsubscribe at any time.