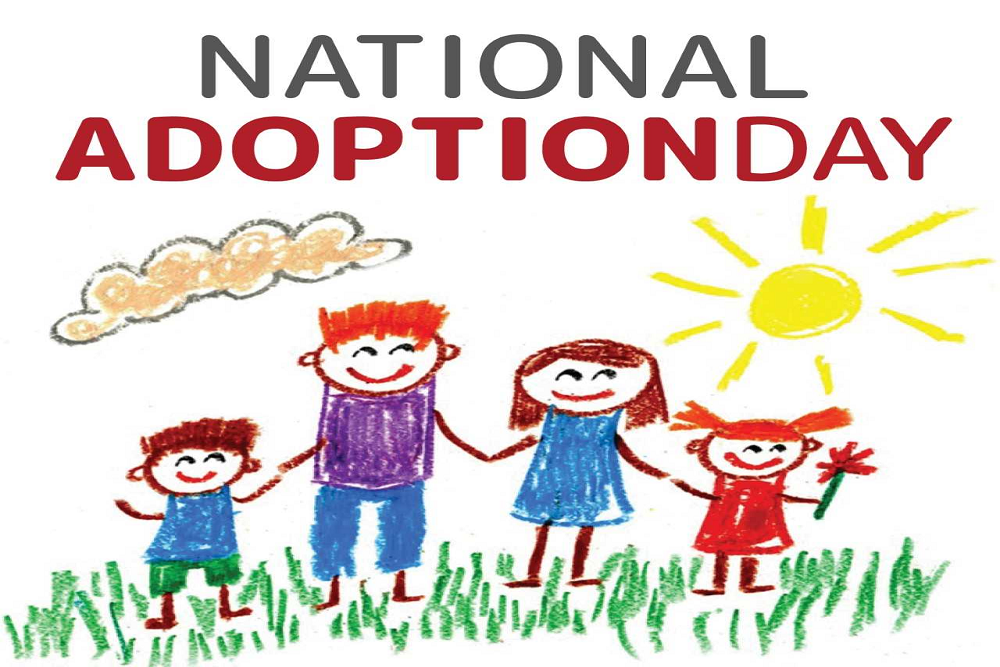 National Adoption Day is a collective effort to raise awareness of the more than 125,000 children waiting to be adopted from foster care in the United States. A coalition of national partners — the Dave Thomas Foundation for Adoption, Congressional Coalition on Adoption Institute, Alliance for Children’s Rights and Children’s Action Network — founded National Adoption Day.

On November 18, 2000, the coalition and the Freddie Mac Foundation encouraged nine cities to open their courts on or around the Saturday before Thanksgiving to finalize and celebrate adoptions from foster care.

The first National Adoption Day was inspired by the innovative efforts of Michael Nash, a former presiding judge of Los Angeles County’s Juvenile Court. He opened the court on Saturdays, engaged the volunteer efforts of court personnel and finalized adoptions to reduce the backlog of one of the busiest courts in the nation.

Today, policymakers, practitioners and advocates collaborate to plan these annual, one-day events in 400 cities across the United States.

To date, the dreams of 75,000 children in foster care have come true as part of National Adoption Day events.