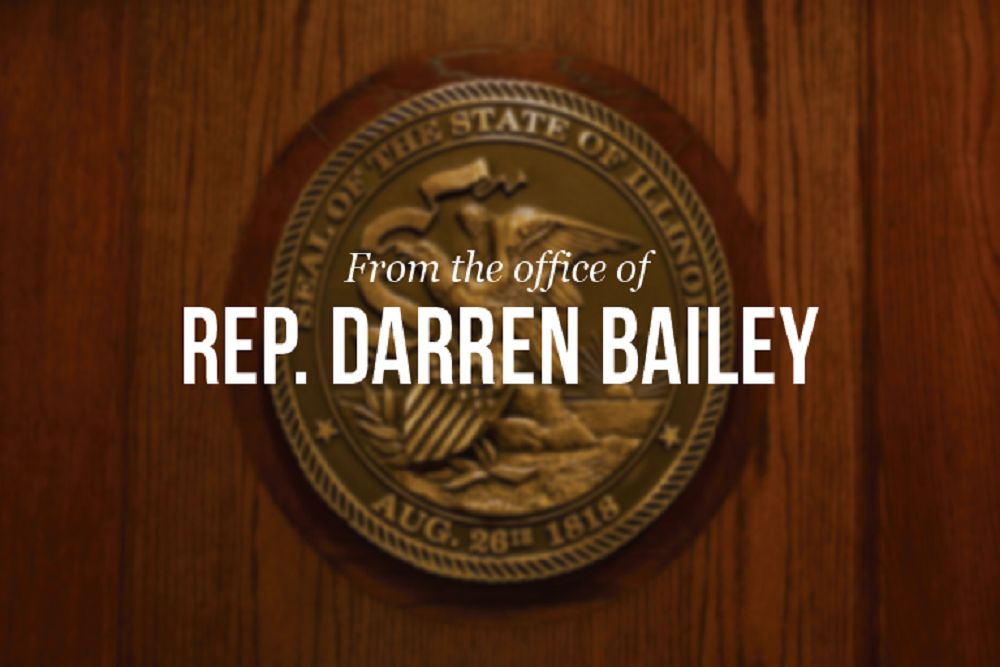 State Rep. Darren Bailey (R-Xenia) has become aware of a memo to the Governor’s Cabinet Directors on Monday that directs state agencies under the control of the governor to plan for a 6.5 % reduction in budgets for Fiscal Year (FY) 2021. The joint memo came from the Deputy Governor for the Budget & Economy and the Director of the Governor’s Office of Management and Budget. The document also asks for suggestions on which state boards and commissions could be eliminated from the Illinois bureaucracy.

“I am encouraged that the administration realizes that Illinois government is on a path of spending more than it has in tax dollars,” said Rep. Bailey, a member of the Appropriations-Human Services Committee. “From the beginning of my time in the House of Representatives I have urged that both parties should be at the budget negotiations table.”

The memo directs agencies to include a scenario in which 6.5 percent of current year funding would go away and are tasked with finding savings through “operational efficiencies.” Beyond the 6.5 percent cut, the memo also directs agencies to examine lists of boards and commissions under their purview, with an eye toward culling their numbers by 10 percent.

The governor’s staff acknowledges in the memo that, “Illinois continues to face significant financial challenges, and we must continue to be wise fiscal stewards of the limited resources of state government.”

The budgetary memo also requests, “at least two significant efficiency and savings ideas for consideration in the fiscal year 2021 budget.”

This directive comes as Governor Pritzker and his allies prepare to make a push for voters to approve the graduated income tax constitutional amendment at the November 2020 election. If approved, it’s projected to raise taxes by another $3.5 billion a year.

“We need to look at cuts and reductions rather than just increasing the taxes on the good people of Illinois,” Bailey said. “I will continue to fight against taxes. We should not just slash programs without an honest discussion on how they are helping people in need. That’s what leadership is all about…prioritizing and making the tough decisions on what we can actually afford.”