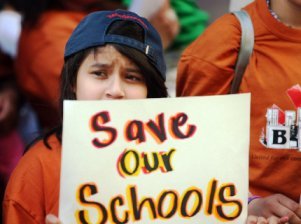 The electric utility municipal opt-out plan currently facing Illinois played an important part in the council’s conversation. The mayor outlined the resolution before the board to approve municipal aggregation with Homefield Energy, with Charleston having previously authorized City Manager Scott Smith to contract with Homefield in December 2015. Letters will be sent to all Charleston residents offering an opt-out choice.

After brief debate, the council voted unanimously to “approve an Amendment to the Electrical Aggregation Program Plan of Operation and Governance for the City of Charleston, Coles County … [with] the layover period waived.”

The council went on to renew a library loan pertaining to an addition built in 2010; approve $118,000 in repairs for an ozone generator at the city’s water treatment plant; and agree on the appointment of Fire Chief Steve Bennett to a five-year term on the electrical commission. Additionally, Doug McDermand was appointed to a three-year term on the fire and police board of commissioners.

Two citizens offered remarks during the public comment period: Vernon Woodley of EIU’s sociology department announced an upcoming symbolic march planned for March 9 in order to publicize the state’s budget crisis. Wearing a green armband as a symbol of solidarity, Woodley stated that he was hoping for participation, saying that the impact on EIU and other state institutions was “unacceptable.”

Additionally, Luke Young of Mattoon stated that he would be unable to continue as EIU student representative at City Council meetings, as he is working three jobs. Young presented campus updates before introducing his successor, Katie St. John.

The City of Charleston’s offices are based at 520 Jackson Ave.

Want to get notified whenever we write about Charleston City Council ?

Sign-up Next time we write about Charleston City Council, we'll email you a link to the story. You may edit your settings or unsubscribe at any time.